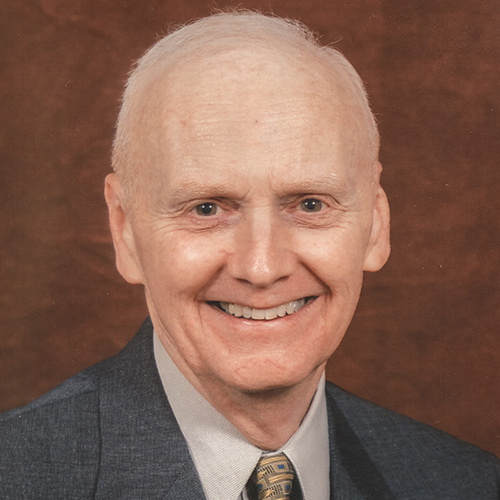 "Whether interacting with an eminent scholar, a student in class or a maintenance worker, Joe was the same: caring, compassionate, respectful and friendly."

E. Joe Nosari (1939-2012), who joined Florida State University as an assistant professor of finance in 1970, eventually achieving the rank of full professor, was a beloved figure in the College of Business.

To show appreciation for his significant contributions to the college, Nosari’s colleagues organized a major donation for bench in his name. He is the only business faculty member to be so honored.

Nosari’s teaching was highly respected by both business and non-business students. In 1982, he was one of three recipients of the FSU President's Award for Teaching Excellence, a student-generated award. In 2007, he received FSU’s Circle of Gold Award, which "recognizes worthy individuals who, through their service and achievements, personify the university's tradition of excellence.”

“Joe’s personality and his respect for others contributed greatly to the morale of faculty and staff in the college for years,” said one of his nominators. “Whether interacting with an eminent scholar, a student in class or a maintenance worker, Joe was the same: caring, compassionate, respectful and friendly. His analytical thinking and problem solving contributed greatly to the growth and development of the college over a substantial number of years.”