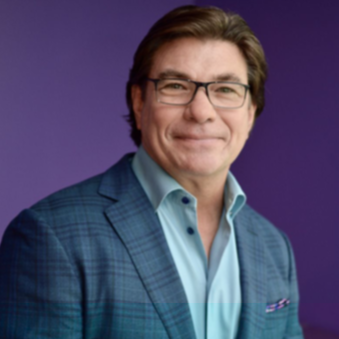 President and CEO of Virgin Voyages

As a fifth-generation Floridian, saltiness is in Tom McAlpin’s blood, with nearly his entire career centered around the oceans from the age of 14. As a teenager, Tom earned his spending money scraping barnacles off the bottom of boats as a diver. Today, he’s taken his career from the boatyard to the boardroom with an exciting 30 plus years in the cruise industry.

As president and CEO of Virgin Voyages, he leads a world-class team in all elements of ship design, sailor experience, construction, crew, safety, operations and service delivery. Tom has established a bold purpose for Virgin Voyages, to deliver an 'epic sea change for all.' He has made it his mission to ensure the ships offer sailors and crew from around the globe, the chance to immerse themselves in a very Virgin kind of experience on the high seas.

Tom was one of four founding members of the Virgin Voyages team-- officially coming on board in 2014. Prior to joining Virgin Voyages, Tom was president and CEO for The World, Residences at Sea, the largest private residential ship in the world. Possessing a keen eye for business and an entrepreneurial spirit, Tom served as a founding member of the Disney Cruise Line as vice president of Finance, Business Development and Shore-side Travel Operations. He spent the final five years of his time with Disney Cruise Line as its president. Before that, he was director of Corporate Planning and Analysis at Royal Caribbean Cruise Line and a chief financial officer for CSB Leasing Group in 1984. He began his career with KPMG as a senior auditor.

Tom was born and raised in South Florida, and now resides in Parkland, FL with his wife Yvonne. Tom has a bachelor’s degree in accounting from Florida State University and an MBA from the University of Miami. He is a member of the FSU Foundation Board of Trustees and a former member of the college’s Board of Governors. In 2017, Tom was inducted into the FSU College of Business Alumni Hall of Fame.

In his spare time, a Florida boy through and through, Tom loves nothing more than family time, especially when they’re watching FSU football.