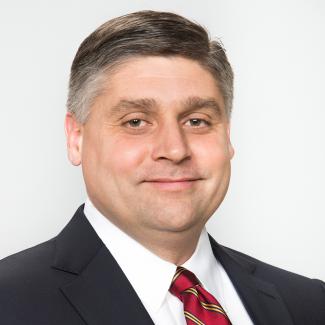 Brian Gallagher is the Senior Vice President, Sales & Marketing, The Sherwin-Williams Company’s Americas Group. The Americas Group is comprised of two reportable segments of the Company Paint Stores Group and Latin American Coatings Group—with combined sales in excess of $7.5 billion.  The Paint Stores Group operates more than 4,000 specialty paint stores throughout the U.S., Canada and the Caribbean, servicing the needs of architectural and industrial painting contractors and do-it-yourself homeowners.

Prior to his current role, Mr. Gallagher served as President & General Manager of the Eastern Division, The Americas Group and has served in key positions of increasing responsibility since joining the company in 1994.

Mr. Gallagher graduated from the College of Business at Florida State University in 1994 with a Bachelor of Science degree in marketing and multinational business.