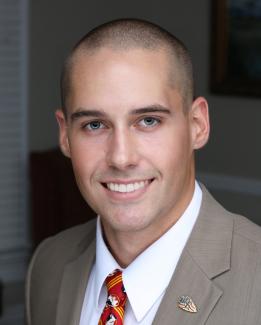 Clark Rahman graduated from FSU in 2016 with a B.S. in business management and obtained his Leadership Studies Certificate. He currently lives in Tampa, Fla., and works as an enterprise account manager at Level 3 Communications. Clark is also a sergeant in the U.S. Army with more than six years of service, and was deployed to Afghanistan during Operation Enduring Freedom in 2013-2014 as a Communications NCO.

During his time as an undergrad, Clark was the internal and external coordinator for the Veterans Student Union, president of his fraternity, Pi Kappa Alpha, and president of the Interfraternity Council. Clark was also a Garnet & Gold Scholar along with being a member of the Garnet & Gold Key Honorary Society.