John B. Larsen | College of Business Skip to main content 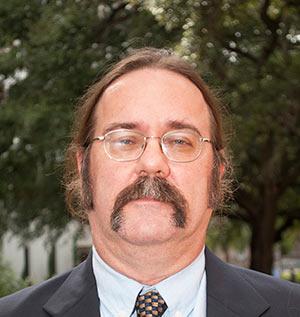 Dr. Larsen was born in Newport News Virginia and attended the University of Virginia, earning a B.A. in Physics. He then worked for Howmet Turbine Components Corporation as a Junior Process Engineer. He then returned to school, enrolling at the University of Texas, there earning a Ph.D. in Operations Management While at U.T., he worked a couple of summers as a Research Engineer for Lockheed-Austin. His first academic position was at Indiana University from 1987-1991. He then took a position at Florida State University.

In addition to teaching at Florida State University, Dr. Larsen also is co-owner (with his wife) of HomeBrew Den, a retail store specializing in equipment and supplies for home beer-making and wine-making. He is also the Head Brewer at Momo's Pizza Brewpub in Tallahassee.