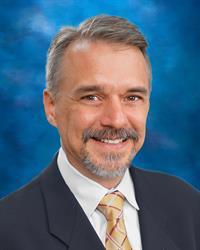 Prior to him founding Health Advocates Network, Little was a founding member and the chief executive officer of Accountable Healthcare Staffing, a national provider of healthcare staffing and workforce solutions. As a founding member of Accountable, he led the company in its growth from a startup to one of the largest healthcare staffing firms in the United States. In 2017, Accountable was acquired and became a wholly owned subsidiary of Mitsui & Co. Ltd., a Tokyo, Japan-based Global Fortune 500 company. Under Little’s leadership, Accountable was named one of Modern Healthcare’s Best Places to Work and was included in the inaugural Seminole 100 list of the fastest-growing U.S. businesses owned or operated by Florida State University alumni in 2018, and again in 2019.

Prior to his tenure at Accountable, Little co-founded and served in various executive roles for 15 years at Medical Staffing Network. He began his career after graduation in public accounting as an auditor with Ernst & Young. He is a two-time Florida EY Entrepreneur of the Year finalist and has been recognized by Staffing Industry Analysts as one of the 100 Most Influential People in the North American staffing industry.

Little is a Certified Public Accountant in the state of Florida and earned a Bachelor of Science in accounting from Florida State University in 1992. He resides in Parkland, Fla. with his wife, Natalie, and their two children, son Cam and daughter Taylor.