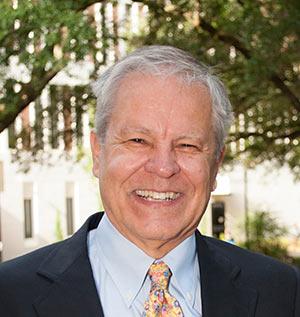 Lawrence Joseph (LJ) Mahon is a senior lecturer in the Department of Finance at Florida State University’s College of Business. His academic specialty is international and corporate finance. Mahon has extensive experience in infrastructure development and international project financing, including the development of projects in Central and South America, Europe, Africa, Asia and the U.S.

Mahon worked with Alstom S.A. (previously GEC Alsthom) for more than 14 years as a consultant/advisor for its board on strategic development and market entry/development. From 1996 - 2000, Mr. Mahon became Deputy COO and General Manager of Alstom Transport's US manufacturing site in Hornell, NY that manufactured mass transit cars for the US transit industry.

Prior to joining Basic Element, Mahon was the beneficial owner and Managing Director of an Irish private equity firm, Mathghamhain Partners Limited, which primarily invested in Russia and the CIS. Investment partners were Bank of Ireland, Allied Irish Bank and a US private equity firm, Nathanson Associates. Total investments exceeded $500 million.Upon repatriating from Russia, Mahon re-joined Mathghamhain Partners as Managing Director and a board member.

Mahon received his bachelor’s degree from the University of Notre Dame, his executive MBA from the Harvard Business School and his J.D. from Indiana University

Who’s Who in American Industry