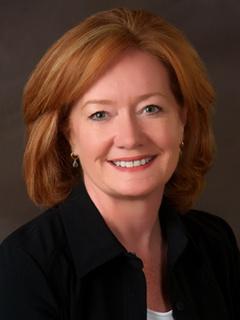 ’79 Finance and ’81 Master of Business Administration

Lynn McMahon is the office managing director for Accenture in New York Metro. In this role, Lynn is responsible for driving the local business strategy and engaging a staff of more than 4,700 New York and New Jersey based resources. In addition to her New York Metro responsibilities, Lynn leads the Media and Entertainment industry group for Accenture in North America, a practice which serves clients in the broadcasting, entertainment, internet, social and publishing industries. And finally, Lynn serves as the executive sponsor of one of Accenture’s largest telecommunications industry accounts, which is based in New York City.

Throughout her 30-year career with Accenture, Lynn has held a number of leadership positions within the Accenture Communications, Media and Technology operating group. Most recently, Lynn served as the chief operating officer for the group in North America, as well as the group’s sales director. She has also led a number of high profile technology and digital transformation engagements with large Accenture clients.

In 2000, Lynn founded the Accenture Innovation Center in New York Metro, and subsequently served as the center’s director for six years. This center, the first of its kind when founded, provides leading edge technology capabilities and solutions, demonstration and development facilities, skilled professionals, and cross-industry expertise to help companies bring their ideas to life quickly.

Lynn is the founder and executive sponsor of the Accenture Women’s Leadership Forum, a premier client event for senior, female business executives in the communications, media and high tech industries. Through the years, the Forum has become a vehicle for those women driving change within the technology ecosystem to build leadership skills, learn from each other, collaborate and drive business together. As part of the 2014 program, Lynn interviewed former President Jimmy Carter in front of a live audience at the Carter Center in Atlanta; the interview was streamed live to Accenture clients and employees around the United States.

Lynn is a recipient of Accenture’s prestigious “Great Place to Work for Women” award, which is given annually to a senior Accenture executive who has fostered and modeled an environment where women can succeed. She has represented Accenture as a speaker and participant at conferences and events such as the Catalyst Awards Conference and the International Women’s Forum.

Originally from central Florida, Lynn holds a bachelor’s degree in finance and a master’s in business administration – both from Florida State University. She serves as a vice president on the board of directors of the New Jersey Ballet Company and on the board of the World War II Memorial in Washington D.C.

Lynn is based in the New York Metro region.