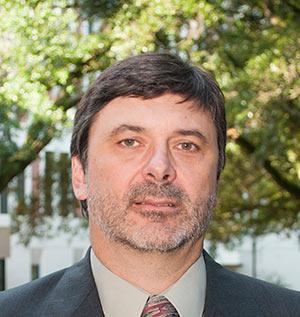 Dr. Michael Trammell is a senior lecturer in the Department of Management at Florida State University's College of Business. He has taught many courses at FSU, but primarily teaches business communication with an intercultural dimension. In his research, Trammell examines issues on business communication, technical writing, speech delivery norms, and international communication. Additionally, he is an Associate Editor of the national-recognized journal the Apalachee Review and has served as the president of the Gulf Coast Association of Writing Teachers. His novel, Rad Sick Record, was published by Hysterical Books Press in 2020. Other work has appeared in New Letters, the G.W. Review, The Chattahoochee Review, New Collage Magazine, The Southeast Review, Gulf Stream Magazine, The Nebraska Review, and other journals. YellowJacket Press published his book of poems, Our Keen Blue House.

Dr. Trammell is originally from Boca Raton, Florida and spent many hours plunging into watersports in and on the Atlantic. He and his family visit the sea as often as possible. His son teaches Permaculture classes in the southeast and works as an Environmental Scientist, and his daughter has worked as an Entertainment Production Manager for Norwegian Cruise Lines. Additionally, Dr. Trammell has taught interdisciplinary classes that explore the connections between sustainability, intercultural communication, and business as well as twentieth-century literature classes for the Osher Lifelong Learning Institute at Florida State University.