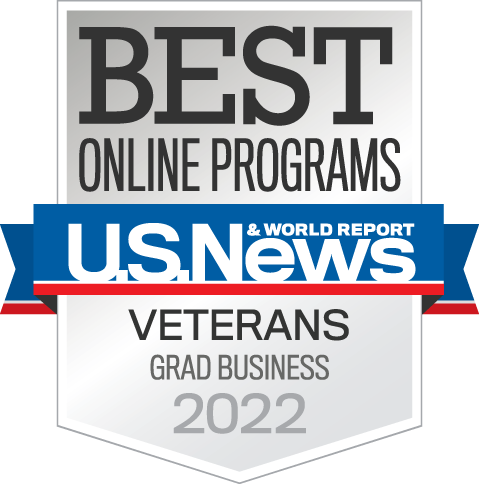 In the competitive job market, you must be prepared to stand out or stand down. Military members may count on receiving the individual attention and support they need to succeed at Florida State University’s College of Business. Choose from our six master’s degree programs on campus, online, part time or full time at an accelerated pace.

Navy veteran Ben Bowersox said earning his Master of Business Administration in 2009 gave him an edge. “It gave me the confidence and the intellectual capital to make the toughest transition I have ever made,” said Bowersox, former MH-53E Sea Dragon helicopter pilot. “I felt like I had the credentials in my hand that showed I knew how to manage in the outside world.”

Now a trust wealth advisor for Capital City Bank Group Inc. based in Tallahassee, Bowersox credits the MBA program for teaching him the strategic marketing skills he uses daily in his new career. Much of the business development he does daily involves relying on economic forecasting and indicators he studied in his MBA classes and differentiating his company’s financial services from what other programs provide.

Every day, around the world, military personnel are pursuing Florida State’s online graduate degrees in business administration (MBA), management information systems (MS-MIS) and risk management and insurance. Whether they are stationed stateside training for battle or deployed to aircraft carriers in international waters, they can actively participate anywhere there’s an Internet connection.

When Navy Cmdr. Andrew Marshall set out to find an online program, he had three requirements. “It had to be from a respected institution, which would be recognized and valued by future employers; it had to be 100-percent online without any residency requirement; and it had to allow me the same degree afforded students who’d be a resident on campus. FSU fit all three perfectly.”

Marshall, who graduated in 2011, said he worked on his courses from Japan, Korea, Malaysia, Australia, Guam, Cuba, Hawaii and while afloat on the USS Kitty Hawk. As long as he could access the Internet, even sporadically, he could complete his academic work.