The Florida State University College of Business on Thursday welcomed four new members to its Alumni Hall of Fame.

College alumni Jim Henderson, Brett Lindquist, Brian Murphy and Scott Price were enshrined during a ceremony at the FSU Student Union in Tallahassee. The recognition showcases alumni who have excelled in their careers and made a significant impact in their community, Florida State University and the College of Business.

The new inductees increased the Alumni Hall of Fame membership to 62 since its creation in 2003. 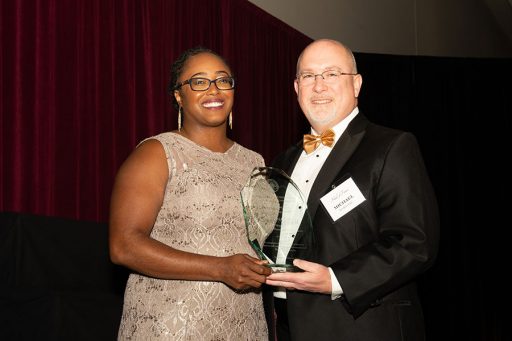 "Like the 58 Alumni Hall of Fame inductees before them, these individuals also demonstrate exceptional energy, integrity, leadership and achievement – College of Business hallmarks that we strive to instill in our students and each other," said Michael Hartline, dean of the College of Business.

Also during Thursday night's ceremony, Tallahassee-based business leader Christina Lynch was named the 2022 recipient of the College of Business Recent Alumni Achievement Award. Lynch is founder and CEO of Trydent Consulting and an award-winning consultant who promotes a holistic approach to helping clients build their companies.

Jim Henderson (B.S. Accounting & Economics ’69)
Henderson is a proven builder of companies who quickly turned Orlando-based AssuredPartners into one of the nation's top insurance-brokerage firms. He graduated from FSU with degrees in accounting and economics in 1969.

Henderson serves as chairman and CEO of AssuredPartners, which boasts 7,500 employees, more than $1.3 billion in annual revenue and offices in North America and Europe.

He co-launched the company in 2011, and a decade later it ranked No. 5 in the nation among property/casualty agencies, according to the Insurance Journals 2021 rankings. Also last year, Business Insurance ranked it the 11th largest broker of U.S. business.

He began his career as a CPA in the audit and health-care practice at Ernst & Whinney, which merged with Arthur Young to become present-day EY. He also served as Ormond Reinsurance Groups CFO and treasurer.

Throughout his career, Henderson has maintained staunch support of his alma mater, including serving as a member of the university Board of Trustees, on which he chairs the Finance and Business Committee.

He recently made a $500,000 gift to name the Jim Henderson/AssuredPartners Masters Classroom in Legacy Hall, the colleges future home. That followed a $500,000 gift in 2019 to create the Jim Henderson/AssuredPartners Classroom, also in Legacy Hall. Also, he and his wife, Carole, remain major financial supporters of FSU athletics.

Brett Lindquist (B.S. Finance and Real Estate ’83)
Lindquist is a four-decades-long leader in real estate financing who has built Central Florida-based The Mortgage Firm into a significant U.S. residential lender. He graduated from FSU with degrees in finance and real estate in 1983.

He is CEO of The Mortgage Firm, which boasts 700 employees and 60 branches throughout the Southeast, with licenses to operate in 30 states and the District of Columbia. The company closed more than $3.5 billion in residential loans last year. The Mortgage Firm also secured a reported 4.91-star rating out of 5 from about 30,000 customer reviews on SocialSurvey, a provider of experience-management software. 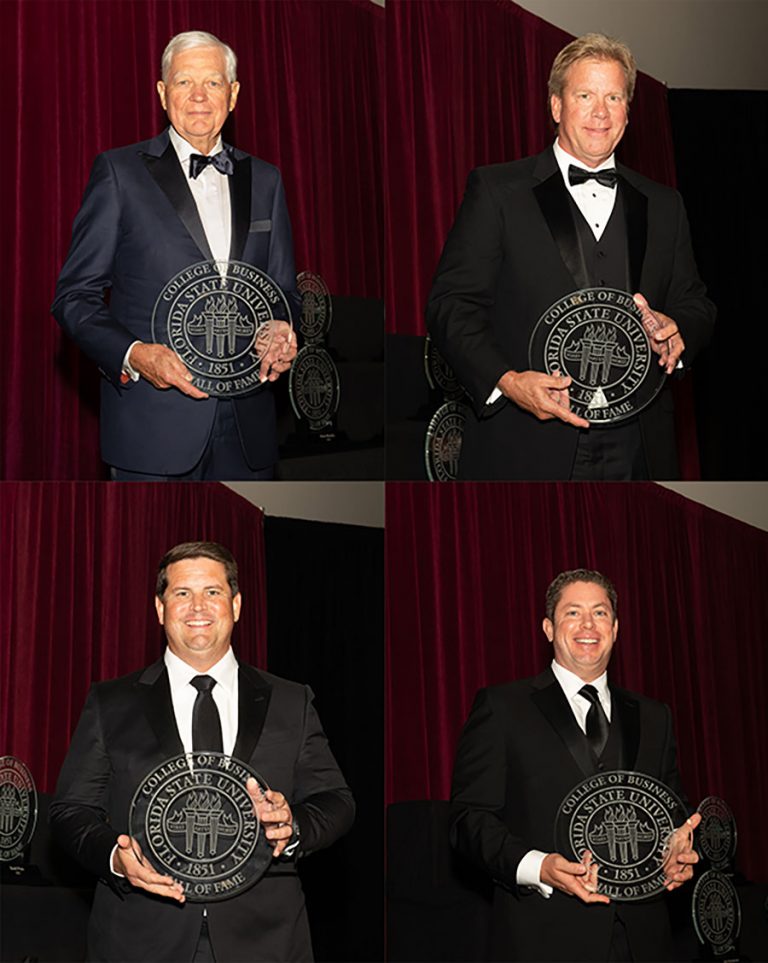 Jim Henderson, Brett Lindquist, Brian Murphy and Scott Price were inducted into the FSU College of Business Hall of Fame during a ceremony Oct. 13, 2022, at the FSU Student Union.

Lindquist also chairs the College of Business Board of Governors and in that role he has emphasized fundraising and the building of Legacy Hall, the colleges new showcase facility and future home.

Brian Murphy (B.S. Accounting and Finance ’00)
Murphy is a nationally lauded business leader who founded and built Tampa-based cybersecurity provider ReliaQuest into one of the world's most successful private companies.

Murphy, who graduated from FSU with degrees in accounting and finance in 2000, built ReliaQuest into a global firm with more than 1,000 employees with offices in the U.S., the U.K., Ireland, India and the Netherlands, and a valuation of more than $1 billion. The latter makes his company a unicorn, the term for a privately held company of such valuation – a global rarity.

He serves on the College of Business Board of Governors and on the Seminole Boosters Board of Directors. In 2017, he served as keynote speaker at FSUs spring commencement ceremony.

He remains a major supporter of the college and university, giving personally and through ReliaQuest to create the ReliaQuest Analytics Teaching Lab in Legacy Hall, the future home of the college, and to serve as lead sponsor of the FSU Sales Institutes International Collegiate Sales Competition.

Scott Price (B.S. and MAcc ’97)
Price serves as founder and CEO of A-LIGN, which boasts a global workforce of 565 employees; offices in Tampa; Denver; Sofia, Bulgaria and Panama City, Panama; and more than 3,500 global clients, including Alloy, Sprint and Raymond James.

The industry continues to take note of the company's growth. A-LIGN has made repeat appearances since 2017 on Inc.'s annual list of the 5000 Fastest-Growing Private Companies in America, and it ranks No. 146 in the Southeast in the publications Regionals 2022 list. It also ranks among the Tampa Bay Business Journals most recent Fast 50.

In February, the Seminole 100 recognized A-LIGN for a fifth straight year as one of the fastest-growing companies owned or led by a Florida State University graduate.
The company also has been recognized for its culture, ranking No. 12 in Consulting Magazines most recent Best Small Firms to Work For. He's also been named a Managing Partner Elite by Accounting Today, an online provider of business news, and a finalist for Entrepreneur of the Year 2021 Florida by EY.

He remains an active and supportive FSU alumnus, including a stint as chair of the accounting departments Professional Advisory Board, on which he has served since 2017.