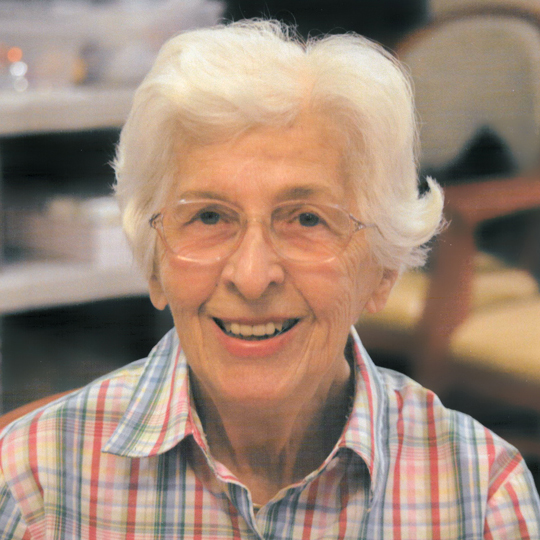 The Florida State University College of Business is mourning the death of beloved former faculty member Persis E. Rockwood, who taught marketing and management at the college from 1960 to 1989. She died on Monday, May 31, at the age of 97.

“So many people at the college are saddened by Professor Rockwood’s passing,” said Dean Michael D. Hartline. “Our hearts go out to her husband Charlie as he grieves this great loss. Persis was widely admired and respected at FSU. Over the years, her former colleagues and students have described her as a humorous and thoughtful voice of reason, an example of graciousness and courage, and a trailblazer with many firsts to her credit.”

Professor Rockwood was the first woman:
•    To earn a doctorate at Stanford University in 1960
•    To become president of the Southern Marketing Association in 1970, of which she was a founding member
•    To be promoted to full professor of marketing in the FSU College of Business in 1973
•    To be inducted into the Charles A. Rovetta Faculty Hall of Fame in 2018

Always a champion of diversity and equality, Rockwood chaired an FSU committee that worked to create a policy on gender equity in faculty salaries. She also was an inspiration and an advocate for many students and young faculty members during her tenure.

In 2019, Rockwood and her husband made a donation to name the Persis E. Rockwood Undergraduate Programs Suite in Legacy Hall, the college’s future home. A celebration of the naming in May of that year drew a standing-room-only turnout at the College of Business. The portrait with a plaque bearing her name has been hung in the Undergraduate Programs Office in the Rovetta Business Building, where it will remain until it can be relocated to a prominent position in Legacy Hall. In that same year, she and her husband created the Persis E. Rockwood Professorship in Marketing and two former students supplemented the professorship with major gifts of their own.

Dennis Cradit, associate dean for Academic Operations and the Bank of America Professor of Data Analytics, expressed his admiration for Rockwood with whom he served on the faculty for the last few years of her career.

“Dr. Rockwood was always interested in the inevitable trials and tribulations of a faculty populated by many much younger than her, but always ready to voice hard questions about our dealings with students, the curriculum and each other,” Cradit said. “Throughout our shared time at the college, Dr. Rockwood set a singularly gracious and courageous example for us all. Humility and strength of conviction are traits that sum up my recollections of her.”