Not Only Not Good Enough... Maybe Not Good At All: Why Empathy is the Wrong Way to Deal with Office Politics | College of Business

Not Only Not Good Enough... Maybe Not Good At All: Why Empathy is the Wrong Way to Deal with Office Politics 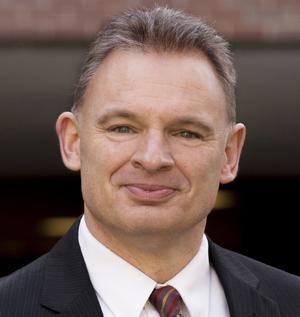 The novel coronavirus pandemic has assaulted the way people live and work and the impact will be felt for years, according to research by Wayne Hochwarter, the Jim Moran Professor of Management at Florida State University College of Business.

Hochwarter’s study on this topic, “Does Empathy Make the Experience of Work Politics Better or Worse?”, has been accepted for publication in the journal Organizational Dynamics next year.

One particular area of impact, Hochwarter said, involves the way people deal with others at work – both civilly and in ways that bring out the "dark side" in others.

Office politics are everywhere and originate and intensify when work settings are disrupted and uncertain, said Hochwarter. It has been at least more than a decade (and arguably, much longer) since workers not laid-off or furloughed have experienced such uncertainty regarding day-to-day work expectations as well as legitimate guarantees of job security. When waist-deep in crisis mode, employees are forced to salvage what they have, protect themselves about what might be coming and fend off threats to being laid-off into a society where jobs have been depleted at a record pace.

According to Hochwarter, there are many ways to approach work politics when hazards are lurking. One approach he does not recommend, however, is to be empathetic to others who are facing similar circumstances.

“In combative situations, it seems logical to assess what others are going through if only to gauge what the next step might be,” he said. “I don't advocate coming across as cold, unfeeling and ruthless, but empathy might not be the best approach."

Most reference sources define empathy as attempts to understand others by immersing yourself in their experiences like seeing the world through their eyes or standing in someone else’s shoes.

Hochwarter found several faults with this approach. First, most people admit to being good at reading others. Sadly, he says, most people are wrong, as this claim is rarely supported in science and practice.

As an example, assume “Samantha” and “Eddie” are the last two employees remaining on their sales team after their company has had a layoff. Now, rumor has it that one of them also will be laid off. Given the stakes, is it more likely that Samantha will bear her soul to someone who wants her job or leave a smokescreen that throws Eddie off task?

Hochwarter said experiencing others' emotions is time-consuming and exhausting in the best of times. As a result, exerting empathy depletes the time needed to complete actual work tasks as well as the energy to do so effectively.

Engaging in politics requires one to develop goals, strategies for their completion and means to gauge effectiveness, Hochwarter said. Because empathy requires “giving up of oneself” to better understand others, focus is outward rather than on what is needed to succeed.

Hochwarter offers an alternative in the form of rational perspective taking — a more balanced and fact-driven approach to understanding others when political engagement is necessary. This strategy recognizes the value of "scouting the competition." However, it further incorporates a level of emotional adaptation needed to separate often-misallocated emotional resources from realities.