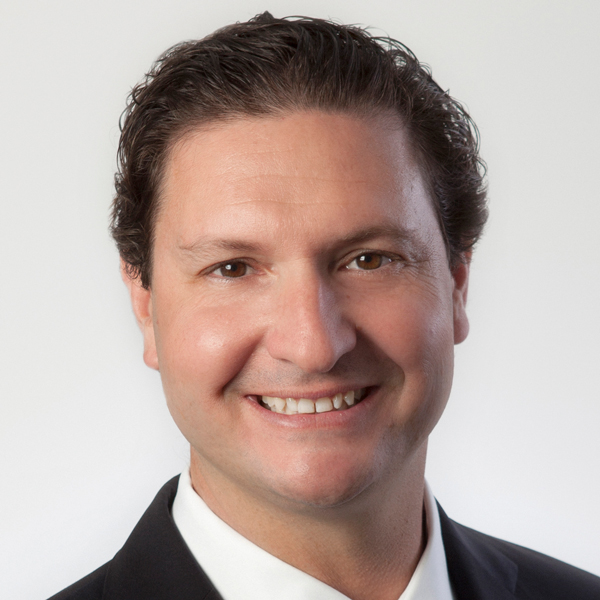 College of Business alumnus and real estate entrepreneur Benjamin S. Macfarland III knows the value of a war room, and that’s why he has made his second significant gift to Florida State University – this one for $200,000.

As CEO of SROA Capital, a private equity real estate and technology company, Macfarland makes steady use of a similar room at his West Palm Beach headquarters where he and his partners and employees truly get down to business.

“Before I make investments,” Macfarland said, “I’ll take the investment team inside a ‘war room’ sort of thing, and we’ll go through everything.”

Michael Hartline, dean of the College of Business, lauded Macfarland’s gifts as considerable boons for the College of Business and Legacy Hall, an $88 million facility that aims to further elevate the college’s rising stature. The college has kept its place among the top business schools in the country with a No. 1 ranking among all schools for its Dr. William T. Hold/The National Alliance Program in Risk Management and Insurance and a No. 5 ranking among public schools for its Real Estate program, the latter of which helped launch Macfarland’s lucrative career in real estate investment.

“Ben Macfarland has stepped up with another gift that will cement his legacy as a thriving FSU-educated real estate founder, executive and investor and a generous friend of the College of Business,” Hartline said. “We thank and salute him for the effect he’ll surely have on so many real estate and business professionals and leaders of tomorrow.”

According to Macfarland’s gift agreement, the Legacy Hall “war room” will receive a name that will serve as a tribute to his vision and commitment.

Macfarland said his inspiration for giving came from his experience at FSU, which he called “a big, fun time in my life.”

“I started my first company in Tallahassee,” he said, “but it’s really more about the school.”

Macfarland hails from Palm Beach as a descendant of leatherworkers who immigrated from the Netherlands to Philadelphia in the 1700s. His great, great grandfather, Ben Shibe, owned the Philadelphia Athletics – now the Oakland Athletics – for about 20 years until his death in 1922.

Shibe built Shibe Park, the first modern baseball stadium made from steel and concrete, which opened in 1909 as home of the Philadelphia Athletics. He also invented the cork-centered baseball, which led to more home runs and changed the game forever.

“I got some inspiration from him, for sure,” Macfarland said about his great, great grandfather’s entrepreneurship.

Macfarland’s grandfather, Benjamin Shibe Macfarland, sold the last of the family’s interests in the team in 1950.

“He lived a great life,” Macfarland said of his grandfather. “But there wasn’t much money left when I was born, and I grew up working.”

For his first job, he said, he washed so-called tuna towers on sport-fishing yachts. Then he drove a forklift.

“I did whatever I could to make money so that I could do what I wanted,” he said.

As a College of Business student, Macfarland launched a parking business that he said employed about 40 Tallahassee college students. He sold that company and got into student housing, eventually boasting more than 3,200 FSU student tenants.

Macfarland cited FSU Professor Emeritus Barry Diskin – a 2022 inductee into the College of Business’ Charles A. Rovetta Faculty Hall of Fame -- as “a big influence on my completing my real estate degree.” Diskin served for 10 years as director of the FSU Real Estate Center and played an instrumental role in the establishment and growth of the college’s Real Estate program.

Macfarland said he also got inspiration from entrepreneurs such as DeVoe Moore, a Tallahassee-based businessman, landowner and major FSU donor.

He acquired his first self-storage facility in 2010 and founded SROA Capital in 2013. SROA, short for Storage Rentals of America, operates in 20 states.

Macfarland emphasized the strength of property ownership, an asset with recession-resistant characteristics that distributes consistent cashflow to its investors. The asset class also can protect against inflation through monthly rent increases, he said.

“But it’s hard to do in a highly fragmented asset class,” Macfarland said about maintaining his company. “I have a call center. I have a tech company. I have all these pieces that I had to build around the company to operate in 20 states with nearly 400 employees. It’s complicated. It takes time, money, perseverance, focus and all of that.”
Including, of course, a war room.

Graduating Seneff Scholar hails 'the people side' of college, FSU