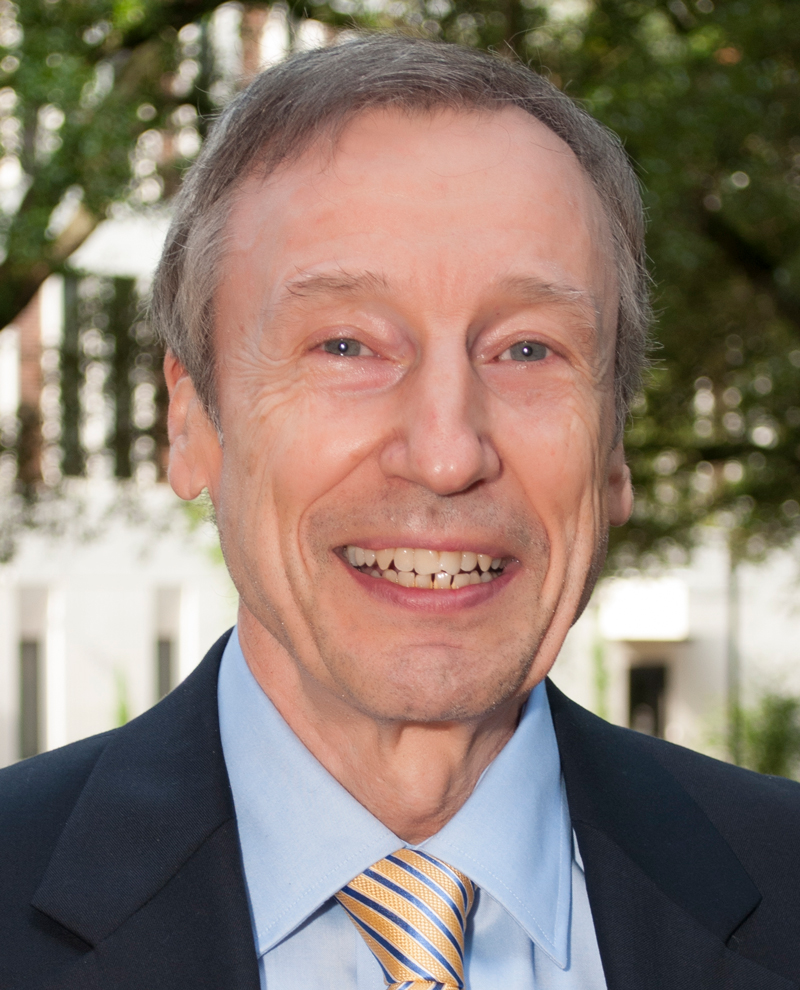 We’ve seen increases in food prices and warnings about shortages of holiday gifts.

Of course, supply and demand remain the core of a complex problem. Other factors include staffing and trucker shortages, consumer behavior, manufacturer and warehouse capacity and myriad issues related to the COVID-19 worldwide pandemic.

Speaking of demand, College of Business faculty member Larry Giunipero – a professor of supply chain management in the Department of Business Analytics, Information Systems and Supply Chain – has been getting lots of calls and emails from news organizations seeking his expertise.

College of Business: Take us back to when all of this started.

Larry Giunipero: You need to go to the beginning of the pandemic, March 2020, when everything shut down. Suddenly demand dried up because all of us were quarantined. Restaurants closed, and many other businesses couldn’t keep going. We did research on the fact that some small truckers were barely surviving. They had very few loads of cargo to move. To find business, they had to go through brokers, and the brokers were taking a larger portion of the total revenue for the move, meaning the truckers effectively took a pay cut. There was very little demand. Then, we had those two stimulus payments from President Trump to help keep the economy afloat, coupled with the payroll protection plan to allow businesses to keep their employees. The Fed cut interest rates to zero and started buying government debt. Then the Biden administration came in and gave out another $1,400 in stimulus checks, plus child-care credit checks.

The net effect of all this stimulus was that people were flush with cash, and things started re-opening. That created a surge in demand, on a supply chain that was effectively at a low point capacity wise. Ramping up takes time, and, hence, the supply-chain problems we’re having now were born.

College: What makes the supply chain so complex and complicated?

Giunipero: Each supply chain is unique onto itself, and supply chains are sort of amorphous beings. Years ago, we had predominantly domestic sourcing. Now we have global supply chains. And as you add length to a supply chain, you add transactions. You add different people. You add risk, then you add different countries' political philosophies. For example, we don’t control what happens in China, and when they shut down, suddenly you’re losing your toy manufacturers, your Christmas-season providers and many other sources of supply.

College: So, the problem goes well beyond the ports, correct?

Giunipero: That’s right. Because of a trucker shortage, you don’t have enough truckers, and then you don’t have enough warehouses. So even if they are working 24/7 unloading those containers off the vessels, they still have a backup getting them down the supply chain. There’s a capacity issue with rail, trucks and warehouses to meet this sudden surge in demand.

College: Could you elaborate on the concept of power in supply chains?

Giunipero: Companies like Walmart and Target, they’re chartering their own vessels, changing their shipping channels, going through the Panama Canal and coming up to Savannah and other East Coast ports. But many of those ports are backed up, too. Beyond that, when demand exceeds supply, the various parties in the supply chain decide whose order to service first. Obviously, that’s where the power comes in. They would service Walmart deliveries before they service a small company. Walmart can put a lot more pressure on the parties in the chain because of its size, so they’re going to get Walmart’s container off that vessel and maybe even jump the protocol to get it through customs faster.

College: Gov. Ron DeSantis has promoted Florida ports to alleviate problems in the supply chain. Would you agree with him?

Giunipero: I like Florida’s ports. If the cargo’s coming from South America, then it would be a no-brainer, right? If it’s from the Far East, the question is, “How long am I going to wait in Long Beach or Portland or Tacoma or Seattle versus going through the Panama Canal and coming into Florida?” You have to look at the extra time to be unloaded in West Coast ports versus the extra fuel costs and time to come into Florida via the canal. I think Florida’s ports are a good alternative.

College: What grocery products are being most affected by the supply-chain problems?

Giunipero: That varies by company, and it’s hard to say. At Publix, I’ve seen Gatorade in short supply, and Gatorade’s made in the Southeast and in Chicago, for example. That could be a capacity issue, or maybe it’s because we’re a smaller market in Tallahassee, and Publix is shipping to larger markets such as Tampa and Orlando, which have higher demand.

College: What about a shortage in items such as canned tomatoes and pasta sauces? What could be causing that?

Giunipero: Some of those pasta sauces may be coming through importers in New York and New Jersey. If it’s Italian-made, it may be sitting in vessels. If it’s domestic-made, then it’s probably similar to the problem with Gatorade, and that’s where the supply chains are different, with different distributers and manufacturers, and they prioritize whom they want to service. They also could be affected upstream and maybe can’t get enough glass to put it in containers. It’s so different by product. Finally, we don’t know how much extra consumers are buying as a just-in-case strategy since they don’t know if it will be in stock the next time they shop.

College: How concerned should we be about a lack of supply of holiday gifts?

Giunipero: The problem is real, but availability will depend on several factors, including the product itself. Consider technology items and the chips that go in them. The world has seen an increased demand for computer chips over the past several years. It’s the Internet of Things – all these products and gadgets that warn you that your tire pressure’s low and that your refrigerator needs a new filter – and manufacturers can’t keep up. It’s purely a demand and capacity problem. For technology-related holiday gifts, availability will depend on the sophistication of the product and how many of those chips it includes.

Once we get through the holiday season, I think the supply chain for clothes and typical household items should improve. We should see some loosening. Now, the supply chain for chips that go into automobiles and cell phones, for example, that’s a longer-term problem, because you don’t just flip a switch and get chip capacity. You’ve got to make the chips and put them into products, and people are using more and more of them.

College: What can be done to increase capacity and accessibility?

Giunipero: We’ve outsourced a lot of our expertise, and a lot of these chips come out of China. But company executives are reconsidering their sourcing strategies, and you see in their annual reports and quarterly earnings that they talk a lot more about supply chain than they ever did. We’re in a position where sourcing of those chips might change. We might want it closer to home – Mexico or South America as opposed to China. But that’s going to take years to do.

College: To what degree is labor a factor in these supply-chain issues?

Giunipero: For domestic sourcing, labor is a factor in several industries. For example, food producers have faced issues that include long work hours and safety in the era of COVID. Take John Deere workers, who recently spent over a month on strike before reaching an agreement that got them 10 percent raises. Workers at Kellogg’s and Nabisco also have gone on strike. They have leverage, and they’re emboldened. Workers are saying, ‘It’s my turn to get some benefit from these labor shortages,’ and I think they should be paid well, but extended strikes could worsen domestic supply chains for those affected industries.

College: What other factors can affect supply?

Giunipero: It sometimes comes down to how we, as consumers, feel the supply chain will provide a continuous supply. Take Publix, for example. If I’m in the store and I think they might be out of Gatorade the next time I shop, I might buy four bottles this time instead of one. Consider the Colonial Pipeline outage. Look at how many people in Tallahassee went out and pumped extra gas into their automobiles, worsening the supply problem. We changed our behavior. For that reason, I would say the biggest unknown in all this is how much of the cargo on those ships waiting in line is actual demand and how much of it is over-ordering and just-in-case demand.